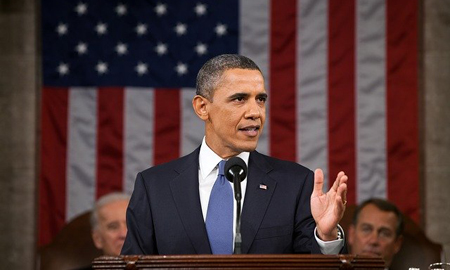 Did you read this yesterday?
That fine man, Mr. Barak Oabama - someone I will always look up to for so many reasons - it seems he has a flaw.

Read what he came out with only yesterday -

Referring to his successor's failings in dealing with the pandemic ...

Why say 'operationalized' when you could have said, 'applied'?

I make that 6 syllables versus 2.

In other words, you used three times as much time and energy than you need have done.

Just imagine what you could have done with all that extra time? ;-)

The American Z versus the British S

We English can be pretty precious about our 's', often bemoaning the lack of culture shown by the upstarts across the pond who have the temerity to substitute a 'z'.

Bad news, I'm afraid, my fellow Brits. Our American friends are using the original form, introduced originally by the Greeks. It was the French who influenced us to switch to 's'.

So you see - perhaps we shouldn't be quite so precious after all ;-)