Size matters. Or to put it another way ... 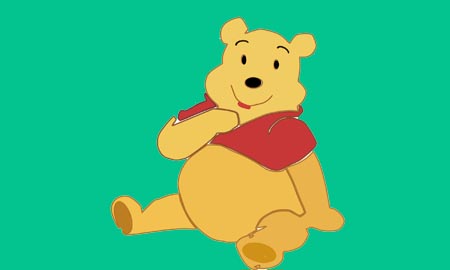 Was it Winnie The Pooh who once said -
"It is more fun to talk with someone who doesn't use long, difficult words but rather short, easy words like 'What about lunch?'"

Imagine the scene - You’re writing a Sales Letter, promoting your latest widget. So – what’s the most important thing?
'Being professional?'
Well that's arguable. What do you mean by 'professional'?

What about this letter, for example?

Is this sales letter what you'd call 'professional'?

I don't know about you, but I don't reckon it works terribly well.
How about this instead?

OK - not the best sales letter you've ever set eyes on but that's not the point.
Which letter is most 'professional'? Or to put it another way - which letter is more likely to get you sales?
Which version is most likely to switch your reader on?
Which letter has the best chance of getting Eric to pick up the phone and buy the Splurgeon?

I think we can safely agree that it's letter number two that makes the most impact. And the key difference between the two letters? It's simply this -
short words versus long words.

And here's why we have this choice.

Welcome to today's history lesson, which, let's face it, is the real reason you decided to read this blog.

For most languages, there’s one word for every meaning.

But we English speakers are spoilt for choice. You could say that we're also well-known for making life difficult (no Brexit comments please)
More often than not, we offer two words for every meaning.  The reason lies in history and it goes like this -

Centuries ago, our country was populated by Romans and Anglo-Saxons.
Each had a major influence on the English language, giving us their own word for every meaning.

It turns out that psychological studies have revealed that the words which are easier to read and impact more quickly on our brains, are Anglo Saxon.

So, in business writing, there's a simple rule – always go for the Anglo Saxon word -  the shorter one.

Just remember, when writing copy that is clear, concise and compelling, small is ALWAYS beautiful.

And just before you go - seeing as we're on the topic of word length, can you think of a single-syllable, 8 letter word with only one vowel?

Send me an email - and I'll get back to you with the answer.