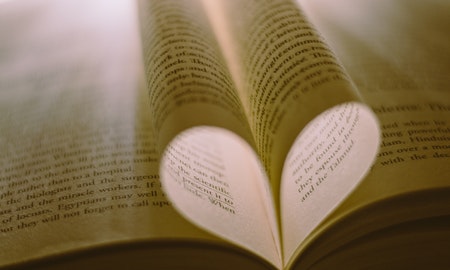 First of all, I'll tell you about mine.

What's your favourite word?
Before you tell me, here's mine.

Why is it my favourite word? Well, It has three letters - and three is a great number. Second, my word spells the same backwards as forwards - so it looks cool. Turn it upside down and it spells another favourite word.

We always use it to express a happy, positive, upbeat moment. We exclaim it when we're surprised, amazed, excited, in a state of wonderment or ecstasy ("What?  Even THAT state of ecstasy??" Well, that would be telling ;-) ).

Archimedes shouted out my favourite word when he was sitting in the bath and had his famous lightbulb moment. Newton, Einstein, Galileo certainly shouted it out when they had their 'moments'. I have it on authority that Columbus used it when he first spotted land. Sir Edmund Hilary must have used it when he reached Everest's summit. And you can forget that Neil Armstrong nonsense, "one small step for man ..." etc. It's an immutable fact that the first man on the moon's utterance when he stepped down onto the moon's surface was my word. Mo Farah, too, as he crossed the finish line in Rio. He used it.

Have you guessed it yet?

Now it's your turn.

Tell me about yours on the Copywriter Pro Facebook page.